Whoever is at the top of the team or organisation makes a big difference to their group or company. Leadership is about relationships

In essence, leadership is a relationship. As JM Kouzes and BZ Posner (2002) say in their book, “Leadership Challenge,” “It’s a relationship between those who aspire to lead and those who choose to follow” (page 20).

Sometimes the relationship is one to one. Sometimes, it is one to many. Irrespective of the number, leaders must master the dynamics of this relationship.

Leadership is an influence process. At any time you’re trying to influence the behavior of someone toward a goal, you’re engaging in leadership. This is so no matter whether you’re a politician, a CEO, a parent, a teacher or a minister of religion.

Ken Blanchard asserts that leadership is about moving people from dependence to independence in pursuit of a goal. However, he considers that there are some prime requisites here. First, leadership is about going somewhere. If you don’t know where you’re going, your leadership doesn’t matter. Second, it’s about implementation. Certainly leaders need to give their people vision and direction, but they also need to work to get their people to move closer to their destination. Finally, it is about serving and supporting. In this way, leaders serve their people by guiding and cheerleading them as their needs require.

“A leader is best when people barely know he exists, when his work is done, his aim fulfilled, they will say: We did it ourselves”

“Leadership is not defined by the exercise of power, but by the capacity to increase the sense of power among those led. The most essential work of the leader is to create more leaders”

Are Leaders Born or Made?

This is a familiar question. In fact, I was sitting on a plane only a month back and the guy behind me turned to his friend and asked that very same question. I taught leadership for six years in the MBA program for the University of South Australia and it was the one question that students always wanted to know about. I now teach that same course at Torrens University and still the question is asked.

So, what’s the answer?

It’s both. Leaders are both born and made.

It is Prof Bruce Avolio who is the Professor of Management at the Foster School of Business at the University of Washington who says that according to his research and investigation, 70% of leaders are made and 30% are born.

Interestingly, the next question is that if this is so, how do we learn leadership?

Prof Avolio indicates that the 70-20-10 rule applies. In short, 70% of your ability to lead comes from your experiences and what happens to you, 20% comes from your role models, and that final 10% we just don’t really know about yet.

Further, there was a landmark piece of research back in 1994 by AK Ericsson and N Charness (“Expert Performance, It’s Structure and Acquisition,” American Psychologist, Vol 49, Page 725-747) which highlighted that people who were considered prodigies in areas such as music, chess, athletics and so on, all had a very consistent pattern. All not only showed interest in their talents, but all practised from between 2 to 4 hours a day for 10 years. They went on to find that “experts” had practised over 10,000 hours, the next level down about 7,500 hours, and the next level 5,000 hours.

They therefore concluded that “the traditional view of talent, which concludes that successful individuals have special innate abilities and basic capabilities was NOT consistent with the reviewed evidence.” Instead, high performance was characterised by “factors that predispose individuals toward engaging in deliberate practice” and then “sustaining high levels of practice for many years.” Expert performers also typically had coaches who encouraged them to practice intensely.

So, what’s the message? Some great leaders are not necessarily born with, but acquire at an early age, the desire to make things happen with other people. Other leaders can acquire increased leadership ability with practice at any age. Finally, coaching helps the leaders acquire the skills they need and keeps them accountable.

In brief, if you want to get good at leadership (and coaching for that matter), then, engage in intense practice!  Practice, practice, practice. It’s not rocket science really…

Typically, leaders who fail at building support from their followers do so in one of two ways:

Instead, leadership is a paradox of power in that it is top-down, but interactive, command-and-control but participatory.

Is there a difference being a manager and a leader? Two sources and anecdotal evidence certainly says that there are differences. Although it is true to say that most of the leaders that I coach would admit to fluctuating between the two, it is important to recognize where you are at any point in time. Are you leading or managing?

The Key to Leadership is Trust

Professor Bruce Avolio in his book in 2011 titled, “Full Range Leadership Development” highlights the notion that the core of effective leadership is about trust. Without it, leadership is non-existent. 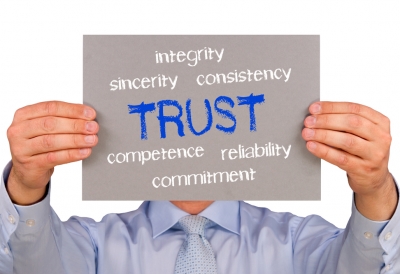 See below the key quotes from his book:

“…without trust, you can never achieve the full potential of your leadership…” (p 23)

To gain trust, it is important for leaders to have “set clearly defined expectations and agreed-on levels of performance…” This is “effective transactional leadership [which] can create the conditions on which deeper levels of trust are formed” (p 23).

“Transformational leadership involves the process whereby leaders develop followers into leaders. This is a conscious goal; the leader has a development plan in her or his head about each follower…Such leaders stimulate challenge, as opposed to suppressing it when it arises…they work to leave behind an organisation, community or even society that is better positioned to succeed than when they first began their work….[they are] moral agents who focus themselves and their followers on achieving higher-level missions and purposes. The higher levels of identification result in higher levels of commitment, trust, loyalty, and performance (p 51-52).

“If you honour all your various transactions with people, over time they come to trust you; it is higher levels of trust versus compliance that transformational leadership uses as its base for achieving exemplary performance” (p 52).

“What we have clearly learned is that leaders who can balance transactional and transformational leadership across time, situations, and challenges are the most effective” (p 50).